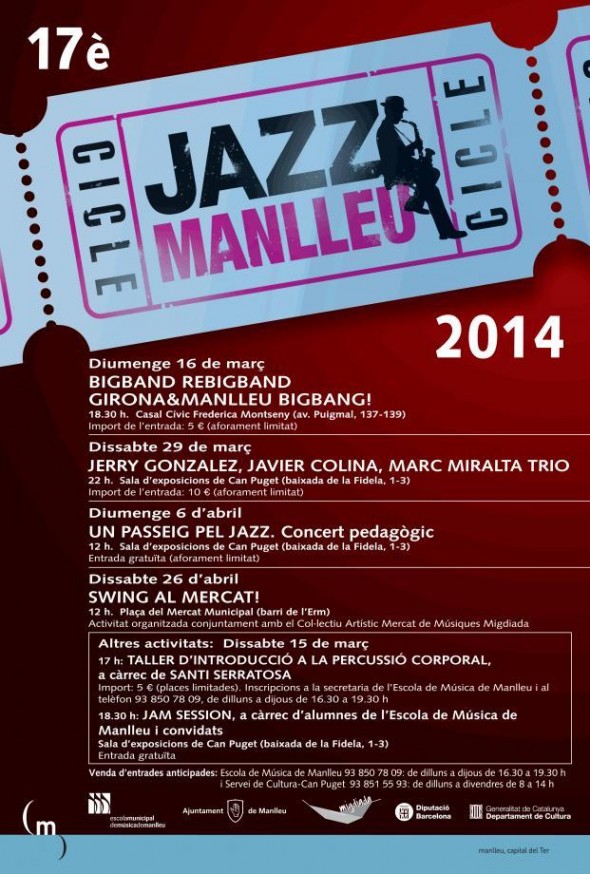 Manlleu will be full of Jazz from March 15 to April 16. Concerts, workshops and jam sessions are only few proposals held by the 17th Manlleu Jazz Festival

The jazz festival starts on Friday March 15 with an introductory workshop to body percussion done by the musician Santi Serratosa and a Jam Session played by students of the music school of Manlleu and other guests. The last Saturday of March a concert of the Bigband Rebigband Girona & Manlleu BigBand is scheduled in the Casal Cívic Frederica Montseny.

The first April weekend, the festival suggests an educational concert with the aim of make a review through the story of this musical style and listen to key jazz standards.

Finally, Saturday April 26, the festival will end this edition with "Swing al Mercat" (Swing in the market), an activity organized with the art group "Col·lectiu Artístic Mercat de Músiques Migdiada".