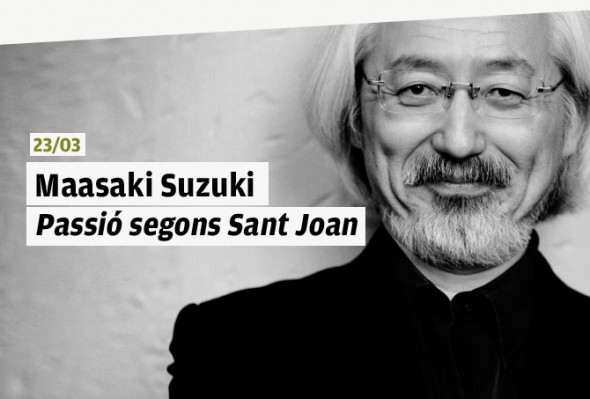 Taking advantage of the upcoming Easter dates, from 16 March to 20 April Vic celebrates The X BBVA Religious Music Festival in Vic , organized by the The Pietat Culture Committee and L’Atlàntida (Osona Performing Arts Center). The initiative, which has the support of various institutions and organizations, offers some proposals concerning religion expression: from concerts, art walks, lectures and films.

Among the events planned, it should be highlighted  "The St. John Passion by Johann Sebastian Bach" that Maasaki Suzuki and The Collegium Japan will offer on March 23 at L’Atlàntida, as well as the musical itinerary between the Episcopal Museum of Vic pieces next April 19. The festival will be closed with a concert offer by Ewa Podles and Karina Azizova in the same performing arts center on April 20.

Dates: from March 16 to April 20 2014
More information: http://latlantidavic.cat/programacio/
Tweet
Published in News & Events
back to top