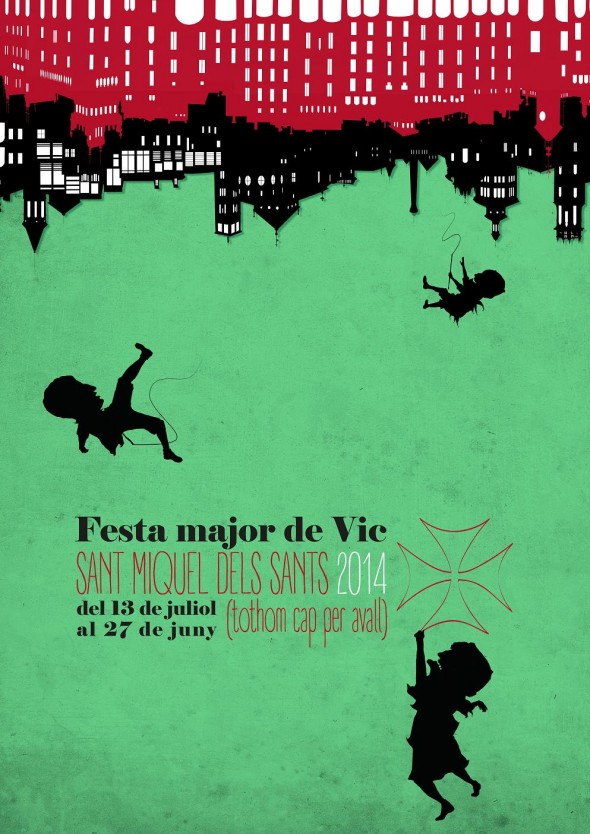 From June 27 to July 13 Vic celebrates its Annual Fiesta

Around July 5, Vic celebrates the festival of Sant Miquel dels Sants, the Annual Fiesta of the city. This year's celebration will be held from June 27 to July 13 and it will host about 120 activities for all ages. In addition to traditional and religious events, such as the day of Sant Miquel dels Sants, it will also be celebrated the call to the Fiesta, human castles and “sardanes”, the traditional dancing of the "Espígol", concerts of Txarango and Obeses, the young celebrations, dance and concert of the the Principal de la Bisbal Orchestra, workshops and children's activities, habaneras, a "Xurriacada” for children and another one that will gather festive imagery of all the Catalan Countries, a concert with the School Band Music of Vic, theater, exhibitions, conferences, ... among many other activities.

This year also features a double celebration: the 150th anniversary of the Vella (The Elder Woman), one of the “capgròs” (traditional figure with and oversized head) of the city and which represents the black color of the different groups of this Annual Fiesta in which the city is divided for these dates. For this reason, a memorial sculpture will be inaugurated and other activities will be held to celebrate this expected anniversary.

Dates: from June 27 to July 13 2014
More information: http://culturavic.cat/
Tweet
Published in News & Events
back to top