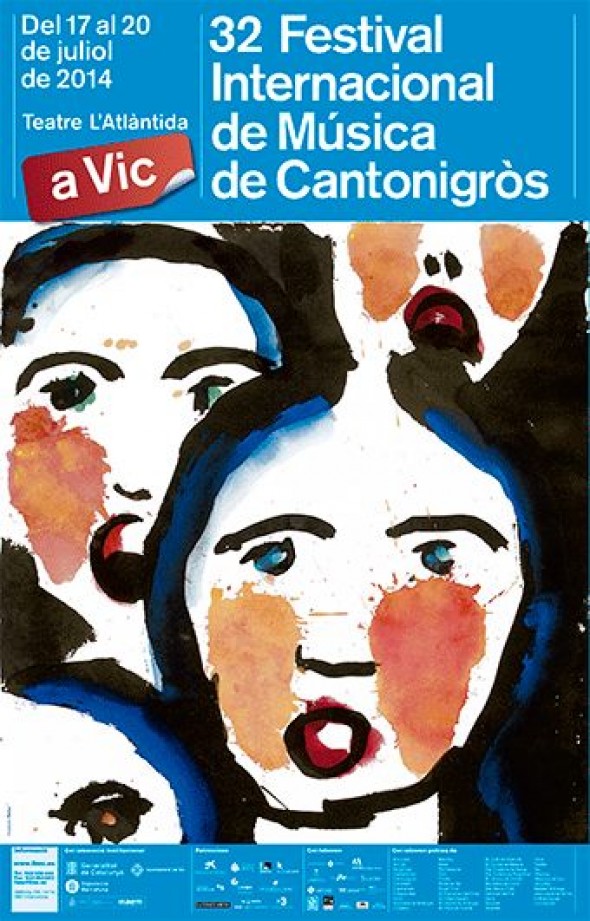 For 32 years, the International Music Festival of Cantonigròs is celebrated and in this edition it comprises over 30 amateur choral and dancing groups from over 20 countries around the world. For the third consecutive year, the festival is held in Vic, focusing most of its activities in the performing arts complex L’Atlàntida, but moving to other parts of the city and Osona, as part of the called "Off Festival".

This global dialogue through the art and the culture, which aims to spread the Catalan language, groups together bands of countries as diverse as Belgium, Argentina, Indonesia, Georgia, Italy, Lithuania, Russia, China, Moldova, ... competing in various categories: mixed choirs, children's choirs, female choirs and folk dances. As part of the Off Festival, away from official concerts and competitions, the groups participating in the event will offer short concerts and dancing in the streets and in residences of the elderly and hospitals in Vic and other cities in Osona.

You will find the program of the country's most important festival of traditional dances and choral festival on its website, which is linked below.