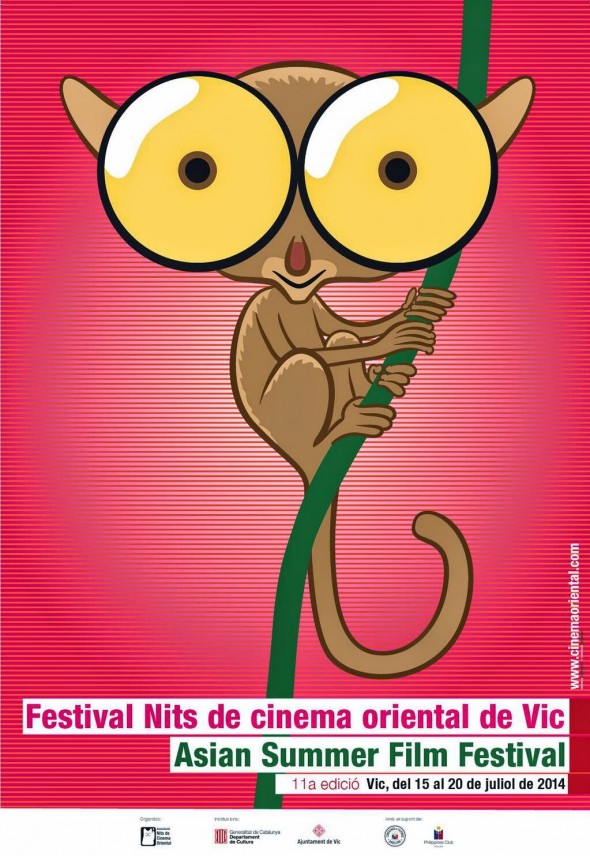 Vic holds from July 15 to July 20, the 11th edition of the Festival Nits de Cinema Oriental (Asian Summer Film Festival). This proposal, which has as main objective to bring the Asian cinema and culture to viewers, has become a festival of reference in Catalunya and in the Spanish State. The country chosen as the star of this year is Philippines. In a cinematic level, the country is known above all the world for his auteur, but according to the direction of the contest, the Republic of Philippines also has a cinema that is accessible to all audiences and is this one which will be displayed at the festival.

Thus, the festival provides, once again, independent films, action blockbusters, risky proposals for restless spectators, ... etc. The 33 films that have been scheduled in this issue remain divided between the spaces: the Bassa dels Hermanos, Cinema Vigatà and Espai ETC, as well as exhibitions and round tables in the Casa Convalescència and Joan Triadú Library. This year also is highlighted the "I Jornades Empresarials Horitzó Àsia" (Bussiness congress) in order to raise awareness of the business opportunities in Asian countries, organized by the Festival with the City Council of Vic, the University of Vic and Creacció.

The Festival has become, over eleven years, a reference to Catalan and Spanish level, but also at European level, with an important market function and meeting point for producers and distributors Catalans and Spaniards interested in acquiring Asian films screened in the official selection of the Festival Nits de Cinema Oriental.

Dates: from July 15 to 20 2014
More information: http://cinemaoriental.com/
Tweet
Published in News & Events
back to top