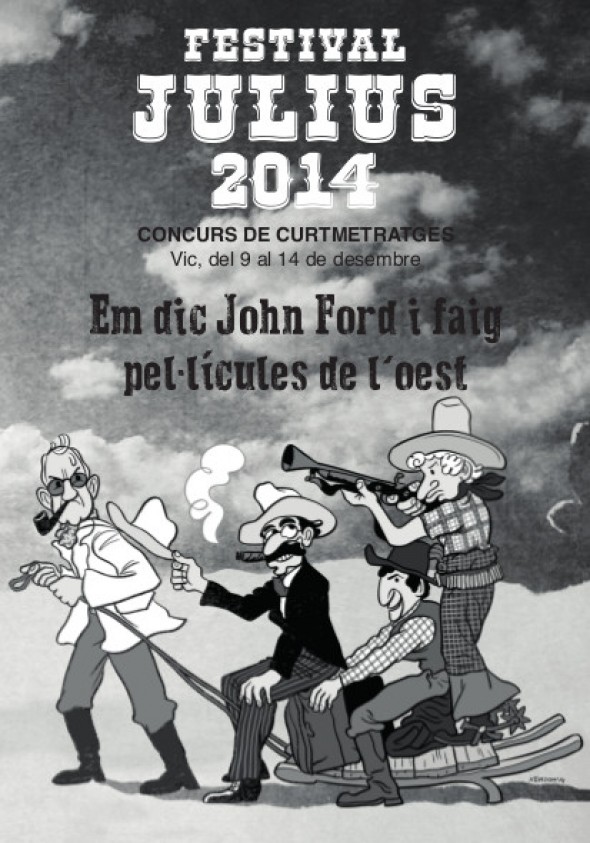 Julius Short Film Festival 2014, which will be held in Vic from 9 to 14 December, provides a schedule of activities beyond the central axis of the awards: will include three sessions of cinema, an exhibition, a symposium and "masterclass", besides the traditional poster competition. This year, participants have focused their short films in the phrase "My name is John Ford and I film westerns" and the result has been proposals ranging from westerns to comedies, dramas and other unclassifiable works.

Although the short film competition is the basis of Julius, it has also been programmed film sessions as "The Man Who Shot Liberty Valance", "The struggle continues" and a third film thought for children. Besides, on Thursday 11 a "masterclass" will be held in the School of Art and Design of Vic about the world of posters and the figure of Macari Gómez Quibus 'Mac' and on Friday 12 Vicjove proposes a collective lecture with the artistic Grup Ubú. Finally, the exhibition of posters Julius, located in the Espai ETC during the festival, will bring the posters designed for the Julius shorts and competing for the "Sert or not Sert" award.